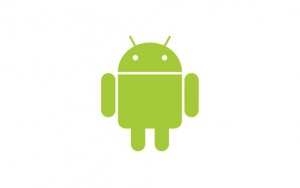 The technology news outlet reported last week that Google will not charge transaction fees to credit card issuers. While the tech giant will be missing a potential revenue stream, the decision  does make them a more attractive option than Apple Pay for banks, which was Google's intention.

Digital Trends explained that Google initially wanted the same cut as Apple, who negotiated a three-year deal with major banks prior to launching their service that will earn them 0.15 percent fee per transaction with credit cards and 0.5 percent on debit cards. However, in the time between when Apple Pay launched last October and when Android Pay was announced at Google I/O late last month, a new initiative by Visa and MasterCard effectively removed all of Google's bargaining power.

Called "tokenization," the joint security system is designed to help stop data theft by transferring to merchants unique numbers rather than a customer's actual credit card information. The system is also transaction free and was announced the exact same day as Android Pay, May 28.

"This is a bold move on behalf of the banks," Rick Oglesby, head of research at Double Diamond Payments Research told The Wall Street Journal (WSJ). Oglesby continued, saying that tokenization was likely a direct response to Apple Pay's fees. "They're now taking a stand against similar deals. It could easily turn into a standoff."

Another industry insider told WSJ that Apple's fees are unlikely to expand outside of the U.S. and will "sunset quickly" under increased industry pressure to extricate themselves from the contract.

If you own a small retail business and are in need of new credit card payment software for your company, be sure to contact 911 Software today! Check out the rest of our website to learn more about all of the different high-quality products that we offer.